We’ve perfected an easy, 3-step strategy to help you tell your impact story to the world.

In 2010, the Bill and Melinda Gates Foundation released the Guide to Actionable Measurement, starting a worldwide conversation about focusing nonprofits on data collection which specifically informs decisions and action. Then, in 2016, several large funders got together and started a fund to focus on nonprofit client feedback (because they can’t vote with their wallets)!

We all also know that programming is most likely going to produce long-term benefits when it’s based in what’s already known to work.

Around this same time (but with much less national attention!) we were joining these ideas by moving away from traditional “program evaluation” towards resourcing nonprofits for telling masterful impact stories. 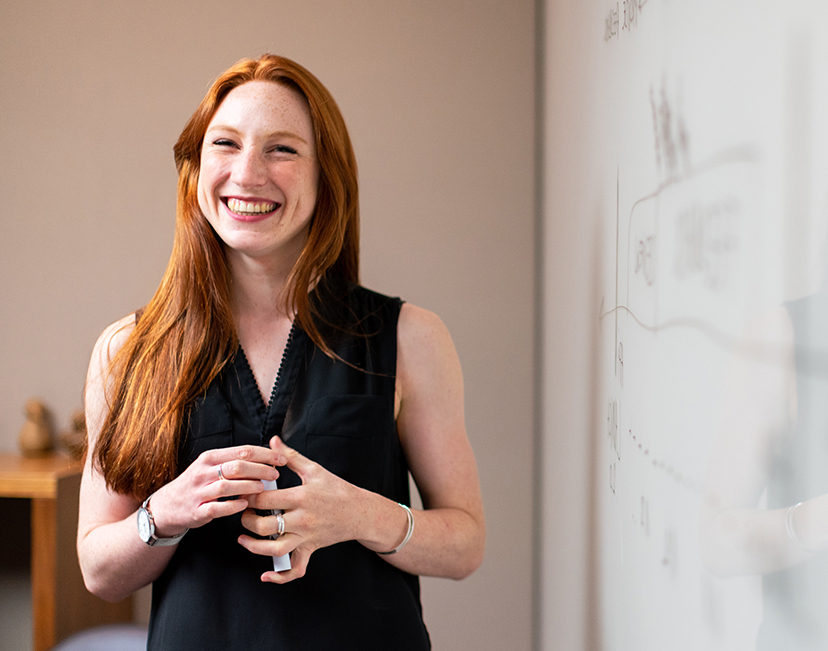 Our 20-years of experience has resulted in a 3-step strategy that streamlines and simplifies everything that’s needed to tell powerful and actionable impact stories clearly, confidently, and convincingly.

“Maryfrances is very adept at bringing individuals at various levels of understanding to a clearer view of the linkage of priorities and outcomes. The leadership Maryfrances provided was invaluable in our evolution of deciding how to invest our resources of dollars, advocacy, and volunteerism to address priorities. “

Step 1. Map Out Your  Strategy

Be clear about what you do

Our Strategic Impact Map™ shows how your mission-driven work results in immediate impact and how that impact rolls up with what others are doing to create community-wide change.

Be clear about telling the story behind why what you’re doing is supposed to work. Show your programming is rooted in what’s known to work with our customized Impact Statements.

See an example of an Impact Statement.

Be confident in understanding your impact

Smart, efficient surveys are created by asking the key questions that help you tell your story and empower your clients to give you feedback.

Learn about Surveys role in DEI.

You know where the real ability to understand your data is? Graphing: Mostly, bar charts and line graphs. Bonus! You only need a few Excel formulas.

Tell your most convincing story

You need to know the basics of design to format the four types of impact stories: top highlights for social media, a visually rich one-pager for your Press Kits, a series of graphs for a grant, and an easy-to-read annual report.

Human narrative pulls at our hearts and paints the picture. Combine this with the data and visualizations to help us believe it. This combination builds trust and credibility, and ultimately moves us to action.

Put to all together and you get
the ImpactStory™ Strategy 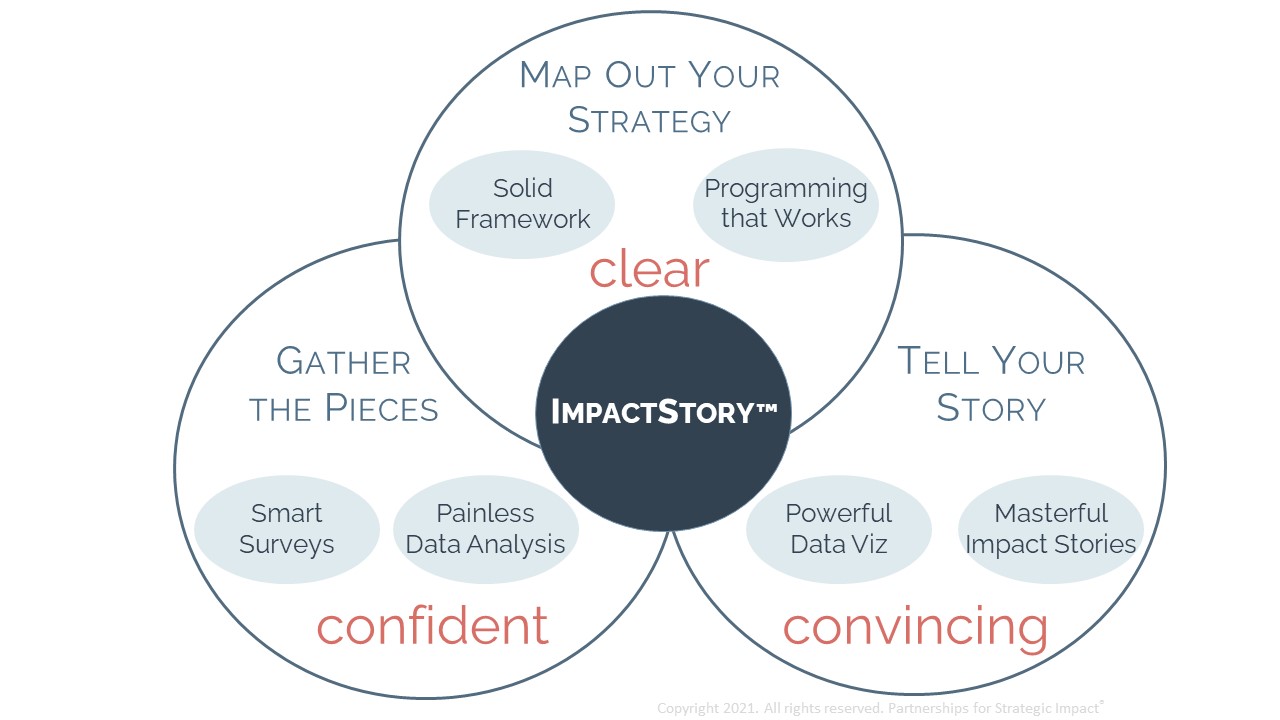 “Working with PSI was a great opportunity to identify why the work we do really matters. Sometimes it’s easy to get caught in the day-to-day details and make assumptions about our impact. We worked with them to create a story framework for truly identifying the impact of our efforts. Thank you!”

Ways to Work with Us

Maryfrances and Alison are always on social media. Because having someone to talk to and connecting with each other is a great way to grow.

We are always there. You’ve got a program-design-evaluation-data-analyst-grant-writer-storytelling consultant in your back pocket 24/7.

Stay in the Know

Guess what?!? We’ve done the reading for you!

Check out our searchable database of curated and summarized articles, tools, and resources picked out especially for small- and medium-sized nonprofits.

We’ve taught 100’s of classes. Sign up for live and recorded on-line classes to get practical knowledge and step-by-step guides for tackling each part of ImpactStory™.

Want to dig a little deeper and walk away with custom tools? Invest in live training, step-by-step workbooks, and group coaching sessions. We walk you through it.

Email to inquire about what’s coming up!

Do you have specific project on your plate?

Do you need training for your whole team?

Do you need a speaker for an event you’re hosting to inspire change?

One-on-one consulting has been our bread and butter for 10 years, and we have been providing trainings and giving presentations since 1996.

Call us to talk!
Go to Top